These shapes were designed to move in trajectories that specifically mimic social behavior—if the shapes' motion is altered or reversed, they fail to elicit the same degree of social responses. Furthermore, participants in the original studies of this animation were prompted to describe the shapes in social terms based on the language and instructions the experimenters used. Humans may be ready and willing to view the world through a social lens, but they do not do so automatically.

Despite possessing capacities far beyond other animals to consider others' minds, to empathize with others' needs, and to transform empathy into care and generosity, we fail to employ these abilities readily, easily, or equally.

We engage in acts of loyalty, moral concern, and cooperation primarily toward our inner circles, but do so at the expense of people outside of those circles. Our altruism is not unbounded; it is parochial. In support of this phenomenon, the hormone oxytocin, long considered to play a key role in forming social bonds, has been shown to facilitate affiliation toward one's ingroup, but can increase defensive aggression toward one's outgroup.

Other research suggests that this self-sacrificial intragroup love co-evolved with intergroup war, and that societies who most value loyalty to each other tend to be those most likely to endorse violence toward outgroups. Even arguably our most important social capacity, theory of mind—the ability to adopt the perspectives of others—can increase competition as much as it increases cooperation, highlighting the emotions and desires of those we like, but also highlighting the selfish and unethical motives of people we dislike. 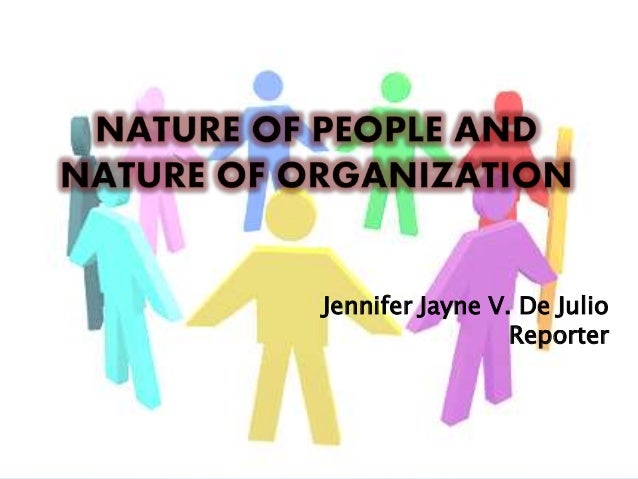 The great classics of literature are really all about human nature. Great biographical works give us tremendous understanding of people if we are willing to read them and understand them. Studying evolutionary biology, a more modern development, is the other place to go. We get a lot of that by studying our evolutionary ancestors and cousins — the members of the animal kingdom.

Chimps go to war. Bonobos have non-procreative sex , just like we do. Ants organize towards a common goal. The second cause of our lack of congruence with human nature is tougher to solve for most. A wonderful Edge talk with Darwinian philosopher Helena Cronin has a telling excerpt on the topic:.


Certainly, human nature is fixed. But human behavior — which is generated by that nature — is endlessly variable and diverse. After all, fixed rules can give rise to an inexhaustible range of outcomes. Natural selection equipped us with the fixed rules — the rules that constitute our human nature.

If you want to change behavior, just change the environment. And, of course, to know which changes would be appropriate and effective, you have to know those Darwinian rules.

You need only to understand human nature, not to change it. Munger has echoed this in the past , arguing that the way to have a happy partnership is to be a great partner. He understood human nature and acted in accordance.


Mercenaries and auxiliaries are useless and dangerous; and if one holds his state based on these arms, he will stand neither firm nor safe; for they are disunited, ambitious, and without discipline, unfaithful, valiant before friends, cowardly before enemies; they have neither the fear of God nor fidelity to men, and destruction is deferred only so long as the attack is; for in peace one is robbed by them, and in war by the enemy. The fact is, they have no other attraction or reason for keeping the field than a trifle of stipend, which is not sufficient to make them willing to die for you.

Reflection, on the other hand, is all about conscious thought—identifying possible behaviors, weighing the costs and benefits of likely outcomes, and rationally deciding on a course of action. With this dual process framework in mind, we can boil the complexities of basic human nature down to a simple question: which behavior—selfishness or cooperation—is intuitive, and which is the product of rational reflection? In other words, do we cooperate when we overcome our intuitive selfishness with rational self-control, or do we act selfishly when we override our intuitive cooperative impulses with rational self-interest?


Whichever behavioral tendency—selfishness or cooperation—predominates when people act quickly is likely to be the intuitive response; it is the response most likely to be aligned with basic human nature. Each paradigm consisted of group-based financial decision-making tasks and required participants to choose between acting selfishly—opting to maximize individual benefits at the cost of the group—or cooperatively—opting to maximize group benefits at the cost of the individual.

The results were striking: in every single study, faster—that is, more intuitive—decisions were associated with higher levels of cooperation, whereas slower—that is, more reflective—decisions were associated with higher levels of selfishness. The researchers followed up these correlational studies with a set of experiments in which they directly manipulated both this apparent influence on the tendency to cooperate—processing speed—and the cognitive mechanism thought to be associated with this influence—intuitive, as opposed to reflective, decision-making.

In the first of these studies, researchers gathered participants undergraduates and participants from a nationwide sample and had them play a public goods game with one key twist: these participants were forced to make their decisions either quickly within 10 seconds or slowly after at least 10 seconds had passed.

In the second, researchers had participants from a nationwide sample play a public goods game after they had been primed to use either intuitive or reflective reasoning.

Both studies showed the same pattern—whether people were forced to use intuition by acting under time constraints or simply encouraged to do so through priming , they gave significantly more money to the common good than did participants who relied on reflection to make their choices. This again suggests that our intuitive impulse is to cooperate with others.

Taken together, these studies—7 total experiments, using a whopping 2, participants—suggest that we are not intuitively selfish creatures. But does this mean that we our naturally cooperative? Or could it be that cooperation is our first instinct simply because it is rewarded? After all, we live in a world where it pays to play well with others: cooperating helps us make friends, gain social capital, and find social success in a wide range of domains.